Product introduction：
Three-phase combined metal oxide surge arrester provides reliable protection against the over-voltage between the phase and the ground and between the phases. Xi'an Shendian is the earliest manufacturer to develop composite rubber polymer-housed metal oxide surge arrester (Patent No.: CN98233025.1) and fully insulated three-phase combined metal oxide surge arrester with wire lead (Patent No.: CN98233026.X). In 2003, commissioned by the former Ministry of Machinery Industry and the National Standardization Committee for Insulators and Surge Arresters, Xi'an Shendian independently drafted two standards on three-phase combined metal oxide surge arrester: Combination Type Metal-oxide Surge Arresters without Gaps for the Three-phase AC Systems (JB/T 10496-2005) and Combination Type Metal-oxide Surge Arresters with Series Gaps for the Three-phase AC Systems (JB/T 10609-2006). The resistors of surge arrester without gaps are selected and tested one by one via rectangular impulse to guarantee its quality. As for combined surge arrester with series gaps, the discharge gap is composed of shunt resistor and irradiation electrode. The discharge voltage dispersity is low, the gap impulse coefficient is small, the impulse residual voltage of the arrester is low, and the device is safer. The housing is formed by one step with integral moulding and curing process, to provide high sealing performance and long service life to the arrester. The arrester can be attached with discharge recorder to accurately record, store and display the number and time of phase-phase and phase-ground actions of the arrester, and effectively monitor the system over-voltage. The recorder is board-mounted, beautiful, and convenient to look up. According to the demands of the customers, it can also be set with RS485 communication interface to transmit, save, edit or print the information and data stored in the host computer, realizing remote monitoring and meeting the requirements of unattended operation. Featured by reliable protection performance and stable operation, the arrester has been widely used in the electric power systems of electric power, wind power, photovoltaic power generation, metallurgy, coal, petrochemical engineering and other industries. 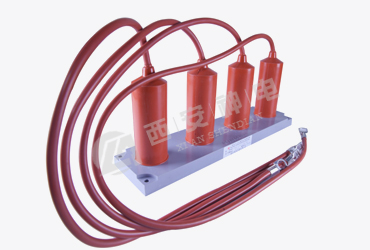 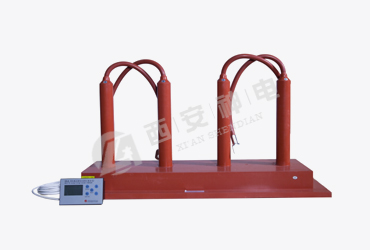