Product introduction：
Metal-oxide surge arrester used on DC traction locomotive is used on the roof of DC traction locomotive in urban mass transit system to protect the insulators of electrical equipment of the locomotive from being damaged by over-voltage. The arrester is designed and produced according to Metal-oxide Surge Arresters without Gaps for DC Systems of 3kV and below (NB/T 42049-2015) and Railway Applications - Fixed Installations - DC Switchgear - Part 5: Surge Arresters and Low-voltage Limiters for Specific Use in DC System (GB/T 25890.5-2010, EQV IEC61992-5) which were prepared with the participation of Xi'an Shendian. It has passed the comprehensive type test of the National Quality Supervision and Inspection Center of Insulators & Surge Arresters, with reliable protection performance. For the severe vibration of locomotive roof, the surge arrester is tested specially for the impact and vibration resistance according to the Railway Applications - Rolling Stock Equipment - Shock and Vibration Tests (GB/T 21563, idt IEC61373). The test proves that the arrester meets the requirements of Class A under Type 1 (the highest level) specified by the standard. The product is equipped with a pressure release device to ensure that the hot gas generated inside the deteriorated resistor can be effectively and expeditiously discharged in time to avoid the damage to the surrounding equipment and personal injuries caused by the breakdown and explosion of the arrester. It has reasonable structure and reliable performance. 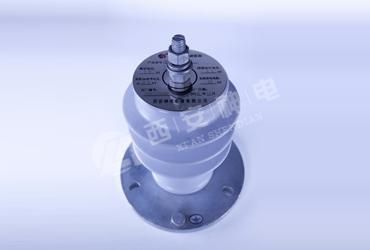